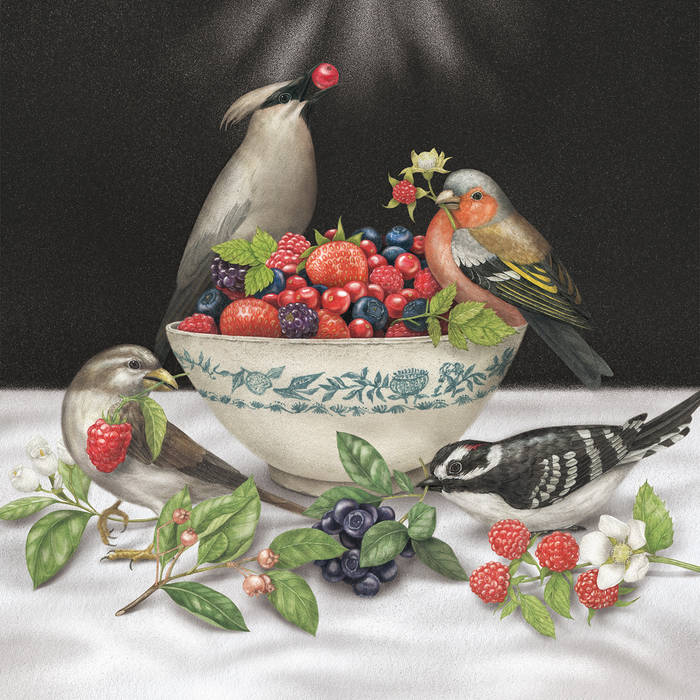 “Travel is always the theme of Sparrows’ work,” says Ryota Miyake (aka Sparrows himself). It’s on his latest album Berries that this is truly exemplified, not just in the international smorgasbord of featuring artists from Fazerdaze (New Zealand), Julián Mayorga (Spain), Casey MQ (Canada) and Vincent Ruiz aka Yung Veerp (Switzland), to Iranian-American producer Kamron Saniee, but in the actual feeling of the music itself. “I wanted it to be a little hard-boiled and rough,” he admits, “but in the end, the concept is to travel like science fiction.”

And when it comes to “travel like science fiction”, nothing does it better than Miyake’s latest body of work. Taking cues from the retro dadaist electronica of his band CRYSTAL, there are tracks like ‘Moon’, drenched in atmospheric VGM flavours, ‘The Star Tours’ which Ryota himself describes as “pre-YMO fusion”, and the “phony jazz band, acid house bass and synth noise” of ‘Bands In The Sand’. This theme of the “imaginary band” crops up more than once.

Elsewhere Berries tumbles along in a patchwork of ‘Coffee and TV’ jangle, splashy jazz elements, ‘60s psychedelia and galloping, airy space rock, making for a journey that’s as vivid as it is varied. Sounds, we’re told, from Miyake’s student days.

“I had a lot of opportunities to listen to jazz, fusion, and soul,” he admits, “but I decided on the overall tone thinking that I would be able to mix the feeling of the puffy life I had spent abroad with the pale, dreamy, psychic atmosphere I had always liked.”

Speaking of that “puffy life”, he was originally going to name the album Sparrows’ Lazy Life but decided on Berries when a friend suggested “a short title like Taylor Swift because there were a lot of sweet pop songs.” Each track on Berries bursts with flavour: the perfect road trip snack for a mystical mixed salad of journeys and travels.

Performed by Sparrows with:
Fazerdaze aka. Amelia Murray: vocals on “Gold In The Tide”
Julián Mayorga: vocals on “Dreamy Puzzle”
Vincent Ruiz: vocals on “La chanson du Kisuki”
Kamron Saniee: violins on “Never Knew That”
Casey MQ: vocals on “On Air”
Sunao Maruyama: vocals on “From Belle’s To Olive”

Sparrows is the solo project by Ryota Miyake, who is also a prominent member of the synth pop group CRYSTAL (Institubes/Sound Pellegrino/flau). Sparrows draw his music inspiration from various music genres, but notably you can heard in his music the huge influence of early synthesizer music, soft rock, kraut rock, disco music and the movie soundtracks. ... more

Bandcamp Daily  your guide to the world of Bandcamp

Featured sounds by K.Spark and WIZDUMB, plus Basi joins the show to discuss his latest release.